While Dragons Might Not Stand Guard, HBO Is Serious About Data Security With the mountainous success of Game of Thrones, the BBC-produced show has always been understandably concerned with their security. However, with the show officially overtaking the original source material, A Song of Ice and Fire, there is an increased presence of curious fans and members of the press with an eye out for a sneak peek at the action. This has led to more; somewhat more modern measures being adopted to keep the production’s secrets safe. 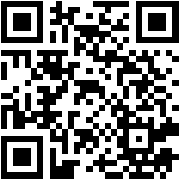