Those Irritating Spam Calls May Not Last Much Longer 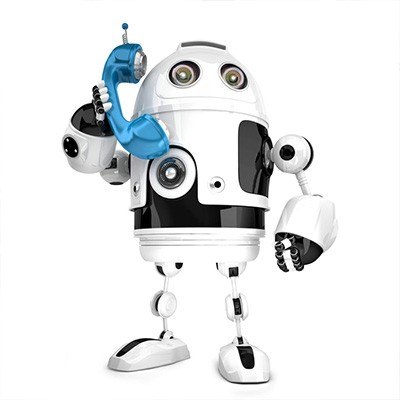 While the phone is still a useful communication tool, it lately has been the cause of a large amount of stress from businesses and users alike. While caller ID was once also a useful tool to help stop spam calls, we now cannot trust the numbers it provides. Letting personal calls go to voicemail to check them is one thing, but a business shouldn’t do that. What can they do?

With any luck, it won’t be long before they won't have to do anything.

These kinds of scams are terribly familiar by now.

At this point, most people have encountered this scam in one of two ways.

Many have been a recipient of a scam call. They’ll have their phone ring, and habitually checked the caller ID. Seeing that the call came from a local number, and possibly even one they knew, they’ve answered with a “Hello?” However, instead of a familiar voice returning the greeting, they are answered with a brief pause, followed by a prerecorded message.

Only one thing is certain: that call didn't come from a local number, much less someone the user knew.

Many have also received unexpected calls from furious people, spitting fire as they rage about being called, repeatedly, from “this number!” even though no calls were ever made.

How often have you experienced either, or heard that it happened to someone you know?

You aren’t the only one to fall for this scam, perpetrated by clever scammers.
These calls have exploded in popularity, as scammers have found some way to cheat the system and leverage its flaws. This has enabled them to defy the controls put in place by the FCC (the Federal Communications Commission).

The FCC has already tried to end these calls by utilizing the 2017 Call Blocking Order. This order gave telephone providers the ability to block calls that they identified as fraudulent, judged based on assorted criteria. These criteria included invalid numbers and numbers that weren’t assigned to a service. Unfortunately, these rules didn’t impede robocall scams for nearly as long as we would have liked.

Instead, now we have neighbor spoofing, which has proved to be a very real annoyance to a huge segment of the population. Chances are, you’ve been involved with one of these calls, and if you’ve been lucky enough to avoid them, someone close to you have experienced their effects.

Of course, before we continue, it would help to explain what “neighbor spoofing” is.

Caller ID is a common enough thing now that many people have gotten in the habit of checking the number before they answer the phone. The rule of thumb essentially dictated that a local number was safe to answer.

Unfortunately, neighbor spoofing has broken that rule, and makes it feel like our thumbs are broken with it.

Spammers have largely abandoned calling from fake numbers, and now make their calls utilizing an actual, in-service number from the target’s area. In some cases, people have thought their neighbors were calling them, but it turned out to be another instance of neighbor spoofing. Of course, this tactic has had the added effect of people receiving actual, angry calls from people, raging about the calls they have repeatedly received from the person’s number, that person’s number having been spoofed.

Some people have even seemed to have their phone call itself, supposedly as the phone company’s method of reaching them to “verify a hacked account.”

Neighbor spoofing is now immensely popular because the protections currently enacted to stop scam calls are effectively fooled, just like a human target would be, and renders the Do Not Call list ineffective.

While some apps may help, they don’t come without concerns as well.

Smartphone application developers have released titles that are meant to stop robocalls in their tracks. RoboKiller, one of these apps, takes a twofold approach.

RoboKiller’s first step is to block all calls that come from the application’s list of confirmed spam numbers. It goes a step further by actually analyzing the audio ‘fingerprint’ of the call, and with a patented process, compares it to the fingerprints of known spam calls. No matter where this call originates, Robokiller steps in. If it wasn’t for the app’s notification, you’d never know about it.

Robokiller goes one step further by taking over the spam call itself, occupying the scammer and wasting their time with a prerecorded message.

Using the app, you can then go and review the blocked calls by listening to a recording that RoboKiller saves. If one turns out to be a false positive (like a friend’s number that was spoofed by a robocall, for instance) the user can whitelist that number by pressing Allow.

Going another step further, RoboKiller allows users to add numbers to a permitted callers list. This means that these calls will always come through, whether or not they were spoofed, so you won’t risk blocking an important call just because that number had been spoofed before.

RoboKiller ($2.99 per month, $24.99 for an annual subscription) describes itself thusly: “With RoboKiller, you don’t stop neighbor spoofing. You take action in the fight against the robocall epidemic.”

This doesn’t mean that this method of fighting robocalls doesn’t bring up some additional worries.

Let’s consider the cost of admission, first - and this isn’t in reference to the $2.99 price of the app. Instead, it’s referencing the need of the much larger cost of a smartphone. Many people with a mobile device still don’t use smartphones, especially among older generations. It isn’t as though these users can download the app.

Even some of the smarter devices that people still use may not be compatible with the requirements that an app presents - and even if they are, some groups may not fully understand how an app works.

These all could prevent someone from usefully utilizing an application, but with any luck, it won’t be a concern for very much longer.

It’s gotten bad enough that the US federal government is stepping in further.

Shortly after the release of the 2017 Call Blocking Order, the attorneys general from 40 states assembled into the Robocall Technologies Working Group. This bipartisan commission intended to work alongside service providers so that robocalls could be better understood and ultimately neutralized.

35 of those attorneys general signed a letter to the FCC on October 8th. This letter made it clear that law enforcement would not be capable of stopping the abuse of spam calls alone. They outlined their position with some facts that provide a better look at the actual size of this problem:

Clearly, these calls are a big problem. Big enough that the Federal Communications Commission has delivered an ultimatum to mobile providers: come up with a standardized system to stop these calls within the next year, or we will.

In the letter that introduced this, FCC Commissioner Ajit Pai demanded that the telecoms create a system that used call authentication to stop any illegitimate calls, with source verification stopping all spoofed calls in their tracks. This system was even given a title by the FCC: the SHAKEN/STIR network (Secure Handling of Asserted information using toKENs/Secure Telephone Identity Revisted).

These demands were sent to the press, as well as to the CEOs of 14 telecom companies, some of which being:

The attorneys general approved of these actions, urging the FCC “to implement additional reforms, as necessary, to respond to technological advances that make illegal robocalls and illegal spoofing such a difficult problem to solve.” They went on to state the following:

“Only by working together, and utilizing every tool at our disposal, can we hope to eradicate this noxious intrusion on consumers’ lives.”

In the meantime, the robocalls will have to continue, just as other detriments to your business’ productivity and security will. However, as far as those other detriments are concerned, there is another option to help stop them. FRS Pros has the solutions and experience using them to help you achieve and retain optimal operating conditions, including the security to keep most threats out. Call us at 561-795-2000 to learn more.

Tip of the Week: How to Dominate OneNote
This Scammer Raid Proves Just How Useful Monitorin... 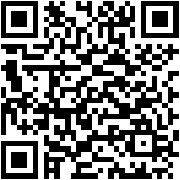