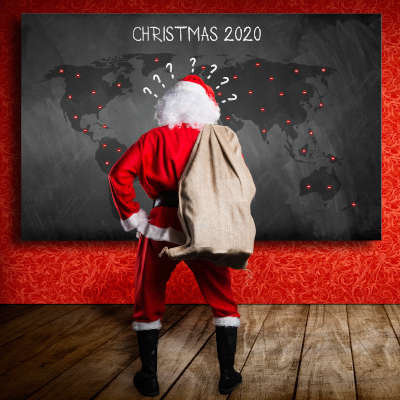 The holiday season is well known as a time off from work to spend with family, but for some, it’s the busiest time of the year. Let’s get to know one such individual for a moment, and what he’s learning can make his job—and his life—much, much easier.

Jangle sighed. His to-do list for the day was growing by the moment. Despite it only being 10:23 in the morning, he already had far more tasks on his agenda than he could possibly accomplish by deadline. He took another sip of cocoa and set the mug back down on his desk, staring at the screen in front of him.

Santa’s Workshop was bustling around him, with elves scurrying around the floor in a mad dash to get everything made, packaged, and processed before the Big Man’s departure time. Clicking into his Glee-mail, Jangle saw three new messages, all marked urgent. With another sigh, the elf opened them up and reviewed their contents.

Jangle shook his head, the bell on his hat tinkling. The “URGENT ISSUE” was sent out to the entire staff, despite it only pertaining to the Coal Department—far out of his purview as a Toy Assembly Manager. He had responded to the cookie email days ago with his input, but the conversation had continued and fractured off into whether skim milk or two percent should be served along with them and whether roasted chestnut milk would be on the menu.

Out of the three, only one of the messages really had anything to do with him. The Mechanical Department was requesting to borrow himself and one of his elves from Toy Assembly for another look at the sleigh’s magic induction system. Fortunately, Jangle’s team was well-prepared this year, and many of his elves were ahead of schedule enough that he could spare them.

Ginger jumped up from her seat and bounded over to Jangle’s desk. “Yes, sir?”

“How are you with magical engineering?”

“Pretty good, sir. I interned there for a while before being assigned to Toy Assembly.”

“Excellent. Come with me, they need a few extra sets of eyes in the garage.”

Jangle and Ginger set off for the North Pole’s garage, where the Big Man kept his famous sleigh and Mrs. Claus kept her less-well-known motorcycle. As they walked over, Jangle couldn’t help but sigh once again.

Ginger glanced at him, concerned. “Everything okay, boss?”

Jangle replied, “Yeah, it’s okay. There’s just a lot piling up on my day that it really doesn’t seem like I should be involved in. I mean, I shouldn’t be venting to you about this, but some of the technology we use just seems to get in the way.”

Ginger nodded. “I know what you mean. I couldn’t figure out why my workstation was running so slowly this morning. Garland had to come over and help me fix it… and I’m not even sure that it helped all that much.”

“You know, I have a cousin who works in a shoe factory, and he says that IT isn’t really a problem for them.”

Jangle snorted. “Yeah, maybe after they’ve invested half of their annual magic into it.”

“That’s just the thing,” Ginger persisted. “They don’t have to. They work with this company called FRS Pros, they’re something called a managed service provider.”

“A managed service provider? What’s that?”

“Well, you know how we usually handle technology issues? We all kind of try to figure it out ourselves, until we have to call someone else in to fix it? Kind of like we’re doing now, for the sleigh?”

“Well, a managed service provider handles things a little differently. Instead of us trying to fix problems after they’ve popped up, the MSP keeps an eye on our systems for us, spotting potential issues and fixing them before they interrupt us. According to my cousin, the shoemaking elves managed to up their productivity considerably.

“The MSP has even helped them make their systems more efficient by recommending upgrades and helping them keep up with their updates. My cousin says that the factory is also more secure, to boot.”

Jangle considered it, impressed. “Well, how much does this cost? It sounds expensive.”

“That’s the other thing—it’s a service, so the MSP charges the factory each month. However, that monthly cost covers a lot, so considering what you get, it isn’t so bad.” Ginger shrugged.

“I think I’ll have to bring this up to the bosses. What did you say this company was called?”

“FRS Pros. They’re based in Nationwide but since most of their services are delivered remotely, that shouldn’t be a problem. Even if they must make an on-site visit to fix something, their remote operations can save time by giving them a head start.

“They can help prevent viruses and malware, get a better handle on our communications, and help us streamline our processes, too.”

“Not bad, Ginger. I’ll have to bring this up to the Big Man before the New Year starts,” Jangle said as they reached the garage. He held the door open for her. “Shall we?”

The two elves entered the garage and got to work, as elves do.

Hopefully, this has helped illustrate that everyone needs a little assistance, every now and then. If your business has also seen some IT challenges that it needs addressed and mitigated, give FRS Pros a call at 561-795-2000 to start the new year on the right path.

In the meantime, we hope that your holidays are merry and bright. 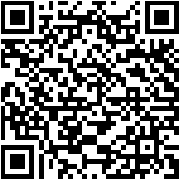