Down and Out in Cyberspace There has been a lot made in the media about the effect that movies and television has had on society. More often than not, the media that is produced is a result of the ebbs and flows that happen in society, which ironically makes the whole notion that television and movies affect society an interesting paradox. The ludicrous portrayal of criminality in media is one issue that is resoundingly debated by lawmakers and sociologists, alike.

Once crime that has seen several false portrayals is the act of hacking. This is not very surprising as hacking is a clandestine effort that would be in reality extraordinarily tedious and boring. That’s not to say that media doesn’t have an effect on how people view hackers, however. The more ludicrous content creators make depictions of hacking and hackers out to be in TV and movies, the less people actually consider that they are, in fact, the people being targeted.

Of course, this is just a contrived and ludicrous amalgamation from hacker movies and other interesting PC images (it even has the Matrix). Look at all the flashing lights and other idiotic stuff on that page. A real hacker’s screen is one with function. There are command prompts and open windows with real applications that help them to their end. In fact, the majority of modern hackers, because computing networks and communications are so well encrypted, need to utilize real credentials. So really their home screen probably looks a lot like yours. A browser with an email client open, a word processor to write the message, and maybe a graphics program to make it look as close to professional as possible.

Real hacking consists of more research and planning than fast-paced, against-the-clock typing in flashing boxes on a screen. In fact, the computer itself usually does the heavy lifting, as special software is used to infiltrate places by trying different options millions of times. Automation, unless it is undertaken by an eight-foot robot with laser guns, or it results in complete catastrophe, is not cinematic.

Most people still don’t know what it takes to hack. All they know is that there are “hackers” out there in Russia or China looking to steal their credit card numbers and it is up to people smarter and more capable than them to protect them. That kind of Superman view of hacking is exactly why there are so many people that fall victim to them each year.

The truth is that people need to know how to protect themselves from hackers.

FRS Pros can help. If you and your staff need help sorting fact from fiction, or if you want your whole team to know exactly what you need to do (and what not to do) to protect you and your company’s resources, call us today at 561-795-2000.

Tags:
Security Hackers Entertainment
Here are 5 Solid IoT Trends for 2019
Tip of the Week: Is Virtualization Right for You? 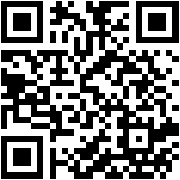